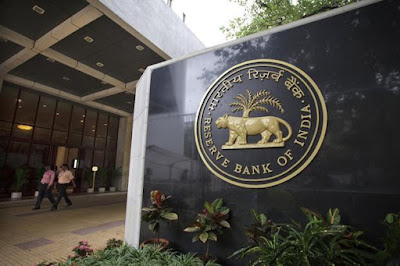 Hori, the pauper hero of Munshi Premchand’s classic novel Godan keeps striving all through his life to grow as much quantity of grains from his fields as would be enough to pay back all of his loans. But till his last breath, Hori fails to pay his dues and just before the moment of his death he donates his last asset, a female calf, in a hope to get a better life in his next birth. This is not the anguish of Hori alone. Every person from middle and lower strata feels this pinch. For them loan is like an incurable disease which they want to get rid of at any cost.


The prevailing financing environs of the country depict a gloomy picture. Nonperforming assets (NPA) of most of the government banks is increasing at an alarming rate. In other words, it means that list of defaulters is growing every year and amount that they have usurped has put a heavy burden on the banks. This is also a burden on honest customers because it makes loan sanction conditions more stringent and difficult only because these government banks are heading towards heavy loss.
Although, banks are empowered to take direct action against the defaulters but they seem to look in different direction. Moreover, if there were one or two defaulters, it would hardly have any impact on the financial health of the concerned banks. Banks can to do their daily transactions while initiating legal action against the defaulters who are not paying their EMIs regularly. But things have gone out of control in India. Nonperforming assets (NPA) have grown to such an extent that even the Reserve Bank of India (RBI) as well as the Finance Ministry is worried about it.
If the defaulter happens to be a petty businessman or business house, their assets could be impounded and put on auction to recover the loans. But the current NPA is not a petty sum. Loans converted into NPAs run into huge sums, ranging from some crores of rupees to several thousand crores. As per the applicable rules, if a person does not pay installments of his loans for consecutive three months, then he is put in defaulters’ list. But here big fish are involved. Most of them do not payback even the capital amount for years together but still evade any legal actions by the banks.
Then they make proposals that their loans should be reorganized so that they face no difficulty in paying back their loans. In the name of reorganizing, they are offered huge discounts also. At times bridge loans are sanctioned to ensure that they get temporary relief and do not get into the defaulters list. This gives a wrong message to those who honestly keep paying back their loans. In many cases no reorganization occurs and the loan amount is considered ‘sunk’ and declared NPA.
NPA of government banks is increasing continuously. It stood at Rs.3.14 lakh crore in September this year. This amount is equal to 5.64 percent of the total loan amounts sanctioned by the banks. Harms caused by ever growing NPA to the country’s economy is no hidden secret. Since, most of the capital of the banks is stuck in loans, it affects their income badly. Secondly, the running capital also diminishes in the same proportion. Several good projects with potential of huge job creation remains pining for finance or are shelved forever. Loan is available for meeting some basic requirements only. Thus, not only a few projects but entire economy suffers in longer terms. And ultimately it affects the growth rate of the country.
Apparently, other honest customers have to face the brunt of this defaulting tendency. In order to recover this stuck up capital, banks usually tend to increase interest rates on the new loans, which leads to increased installments of loans taken for home, vehicle and business by the common people. Commonly, increase in NPA is seen linked with shabby condition of economy. Means, if any sector of economy performs poorly for some reasons, then there are more apprehensions loans stuck up in that particular sector.
The good news, however, is that the government seems to be getting serious about NPA. Prime Minister Narendra Modi hinted at this while speaking in the parliament during a debate on NPA that his government is taking this matter seriously. Finance Minister, too, looks quite serious. Now, it is to be seen what and how contribution those people will make in country’s progress who are responsible for ever increasing NPA of government banks.
Who owes how much
Reliance ADG – 1.13 lakh crore
Headed by Anil Ambani, ADG Group has the greatest loan amount. They owe up to Rs. 1.13 lakh crore to the government banks. Anil Ambani’s company is active in the fields of defence, finance, telecom, energy and entertainment. Balance sheet of March 2015 shows a loss of Rs. 1.25 lakh crore to Anil Ambani’s company.
VedantaGroup – 90,000 crore
According to a report of Credit Suisse, Vedanta Group of Anil Agrawal owes Rs. 90,000 crore to banks. It is the second largest defaulter after ADG. The company has to payback a loan of $100 crore (around Rs. 6.694 crore) from the next financial year and thereafter it has to pay back $ 150 crore (Rs. 10,000 crore) every year for the next two years.
Jaiprakash Associates Group 85,000 crore
JP group is active in infrastructure, power and cement business. Owned by Manoj Gaur, JP Group owed a loan of Rs. 85,726 crore till 31 March 2015; while company’s total assets were worth Rs. 1 lakh crore. The company is selling some of its assets to reduce its loss margins and under the scheme has put its Delhi-Agra Expressway for sale recently.
Adani Group Rs. 72,000 crore
Adani Group is owned by Gautam Adani. Company owes a total of Rs. 72,632 crore as loans to several banks. Financial analysts had raised questions when State Bank of India sanctioned a loan of $ 100 crore for acquiring mining contracts in Australia last year. Company is already under heavy loans. Then how much appropriate it is to sanction fresh loans for the company. Company’s short term loans stand at Rs. 17,267 crore and long term loans at Rs. 55,364 crore.
JSW Group Rs. 58,000 crore
Owned by Sajjan Jindal, JSW Group owes total Rs. 58,000 crore as loans. Sajjan Jindal has hit the news headlines for his mediatory role in arranging a meeting between Prime Minister Narendra Modi and his Pakistani counterpart Nawaz Sharif. JSW is the big Jindal group company active in steel sector.

This Story published in caravanalive.com
Posted by Ravinder Kumar at Thursday, January 14, 2016